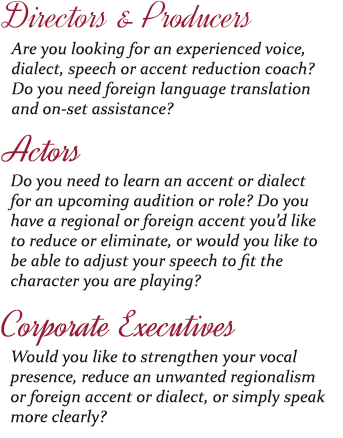 Patricia Fletcher, the celebrated author of Classically Speaking, Dialects for Actors and designated Linklater Voice teacher has worked as a Voice, Speech, Dialect and Audition Coach for actors in feature films, television and on Broadway for over 25 years.

Contact Patricia today to set up a private consultation to discuss your or your company’s particular needs. Patricia is located in New York City. 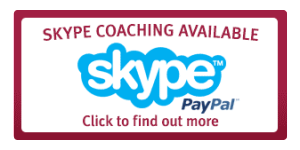